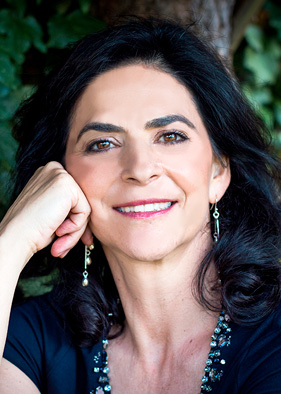 Abigail Dolan joined the Symphonova Project in 2011 as a Research Fellow at the University of Surrey. Since then she brought to the Project her extensive experience as a concert flautist and artistic director, and her background in performance studies. Abigail is deeply excited about the new horizons offered by the Symphonova, and passionate about exploring the new territories with musicians, visual artists and audiences, in both artistic and social contexts.

Abigail has appeared solo and in various chamber music ensembles in numerous international festivals and concert venues worldwide, and has made live recordings and broadcasts for radio stations and television programmes. Concerto performances include her arrangement for flute of Mendelssohn’s violin concerto and the Nielsen flute concerto performed with the Symphonova Orchestra, the Oeden Partos’ flute concerto with the Jerusalem Symphony Orchestra and Paul Ben-Haim’s Divertimento Concertante for flute and chamber orchestra with the Kaprizma Ensemble (first recording). In collaboration with dancer and choreographer Amos Hetz, Abigail has performed John Cage’s Cheap Imitation for flute solo in Zurich, Potsdam and Stuttgart festivals. Chamber music collaborations include performances with soprano Emma Kirkby, cellist Thomas Carroll, violinist Pierre Amoyal, pianist Shelley Katz, the Lendvai String Trio, the Tate Ensemble, Kaprizma Ensemble, Musica Nova, and pianist David Dolan, with whom she regularly performs as a duo. Abigail’s discography under the French label Selena includes French repertoire for flute and piano with David Dolan, as well as a French music programme for flute, viola and harp with Ensemble Lumina. The CD was nominated ‘CD of the month’ (December 2000) by the French professional magazine Haute Fidelité. Her performance of Michael Wolpe’s flute concerto with the Ars Musica chamber orchestra at the international Palermo Festival won the Special Festival Award and was issued on CD (Memus publication). She has recorded works written by the Israeli composers Andre Hajdu (The Jerusalem Artists Series) and Yinam Leef (The Rubin Academy in Jerusalem).

Abigail has been teaching flute and chamber music as part of the Instrumental Award Scheme, University of Cambridge. She has been conducting workshops for performers in various occasions, including at the Shanghai Conservatory of Music, the Royal College of Music and King’s College, London, and presented papers at the Royal College of Music, CMPCP Conferences in Cambridge, the Institute of Musical Research (IMR) in London, the Centre for Cognition, Computation and Culture at Goldsmiths College, the School of Music at the University of Leeds, the Performa Conference in Aveiro in Portugal, the Orpheus Institute in Belgium, the British Library’s Saul Seminar and at the CHARM/RMA Annual Conference.

Abigail’s research focuses on the study of musical performance, examining it from historical and cognitive perspectives, with a special interest in exploring ways to apply the insights gained in performance. Abigail received her PhD from King’s College London. Entitled Landmarks in Flute Performance Style on Record 1900-1950, it is an examination of the changes in flute performance style in 78rpm recordings, using software for sound analysis and focusing on tone qualities and expressivity in performance. The research was awarded the AVI Fellowship and the Edison Fellowship of the British Library Sound Archive.

Abigail is the founder and Artistic Director of the Intimate Engagements chamber-music concert series at Clare Hall, Cambridge University. The series provides a unique format in which prominent artists combine their performance with informally sharing their personal reflections on the musical themes. The series was inaugurated in 2008 by soprano Emma Kirkby, and since then featured distinguished artists. Abigail was elected as Fellow Commoner for a conspicuous and exceptional contribution to the College life.