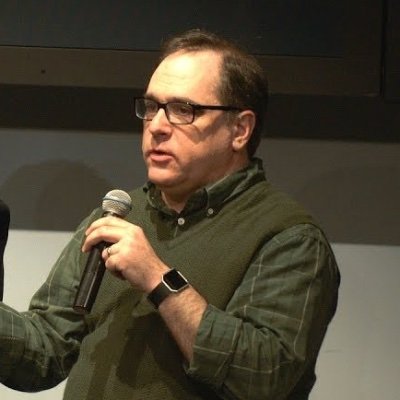 Joe Kraemer kicks off our ‘Symphonova Talks’ series with a conversation on how composers can use the Symphonova Stem Service. Shelley Katz, Symphonova’s Technical and Artistic Director, will chat with Joe about his score Fanfare for Symphonova, which Joe composed to explore the capabilities of the Symphonova Stems.

Join us to hear Joe’s firsthand insight into how the service can be integrated into the compositional process, and what the focal points of a production can be using Symphonova’s unique service. Don’t miss Joe’s reflections on what orchestras of the future might sound like, and what it might mean for composers writing orchestral works for media.

To listen to Fanfare for Symphonova ahead of the event, click here.

Joe Kraemer is an award-winning composer who has scored over 100 feature films, television movies and series, documentaries, and short subjects. He is best known for his scores to Mission: Impossible – Rogue Nation and Jack Reacher, and he has also scored such films as The Man Who Killed Hitler and then The Bigfoot, The Way of the Gun, and the documentary Ralph Nader: An Unreasonable Man.

In addition to his film work, Joe has written the scores to the television series Pandora, Creeped Out, Comrade Detective, and Femme Fatales. Other television works include nearly 40 films for The Hallmark Channel, including the Mystery Woman series of films starring Kellie Martin.

A lifelong fan of Doctor Who, Joe indulges in that interest by writing music for Big Finish Productions and their range of Audio Dramas based on the long-running UK Sci-Fi TV series. This has led to opportunities to score other projects for the company, including spin-offs of Space: 1999, an adaptation of The Box of Delights, and the original properties Transference and The First Action Bureau.

Joe Kraemer has also taught composition all around the world, from Los Angeles to Austria, where he created a one-of-a-kind recording workshop for the Hollywood Music Workshop. He has spoken at Film and Music festivals in Ghent, Cologne, London, and across the United States. He also teaches private lessons in composition from his studio in Los Angeles, CA.

By signing up, you agree to receive updates about the Symphonova Stem Service and future events.